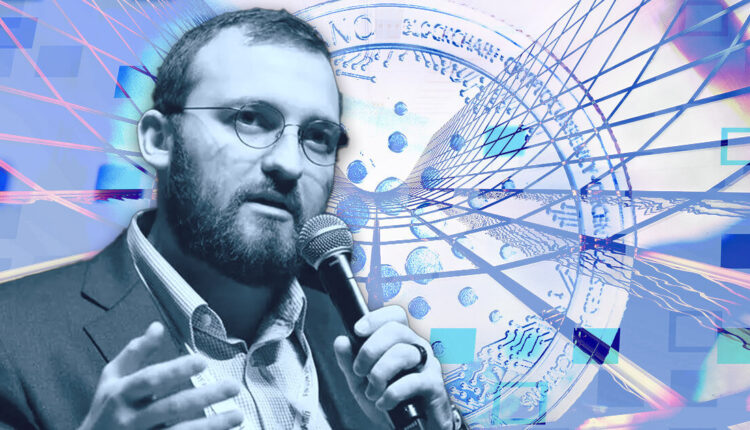 Cardano founder Charles Hoskinson will speak at the Inevitable World Summit (IWS) on March 1 at 11:00 AM GMT.

General Admission passes usually cost $297, but the official Cardano Telegram channel is giving away free passes for the first 1,000 sign-ups at:

Hoskinson will present a talk on the future of finance. Although no further synopsis is given, it’s widely expected that he’ll talk about Input Output’s efforts in Africa.

The second Inevitable Summit starts on February 28 and will run until March 3.

Described by organizers as a “virtual mashup of leading decentralized technologists, capital allocators, and market makers,” the IWS will feature presentations from leading figures, including Harmony One founder Stephen Tse and SingularityNet CEO Ben Goertzel.

Over forty speakers are scheduled to present covering a diverse range of such as NFTs, the Metaverse, decentralized finance, and Web3. And with the Wyoming State Policy Director Tyler Lindholm presenting, legislation will also feature.

Lindholm was hired by Senator Cynthia Lummis in December 2021, and has his hand in passing pro-crypto legislation in the state. This includes the Utility Token Act, which excludes “developers or sellers” of tokens from securities laws, and the Digital assets-existing law, which provides an opt-in framework recognizing digital assets.

But perhaps the biggest name to speak at IWS is Cardano founder Charles Hoskinson, who’s set to share his thoughts on the future of finance.

Cardano sees Africa as the future of finance

Hoskinson has high hopes for Africa, calling the continent a promising prospect with regard to future developments.

This is partly because every major administrative, legislative, and financial system over the next decade is up for grabs in terms of building better. With that, blockchain technology has an “in” which isn’t available in the developed world where legacy systems have a stranglehold.

Talking about Africa becoming the most prosperous continent by 2050 recently, Hoskinson said this is a view shared by many researchers, including McKinsey. He added that you need only look at GDP projections and the slowing birth rates of developed nations to realize Africa is poised to leapfrog the rest of the world.

“That’s what McKinsey’s saying, that’s what a lot of these research firms are saying, it’s not just me thinking about it. I mean just looking at the GDP growth rates, the fact that there’s a big wealth transfer from the older generation to the younger generation…”

The latest Cardano development in Africa will see trustless peer-to-peer lending coming to Kenya and Ghana next year. Hoskinson expects this to set off billions of dollars of outflow from developed nations.

More will be revealed when Hoskinson speaks on March 1.

40% of youngsters want to use crypto for payments, new research reveals