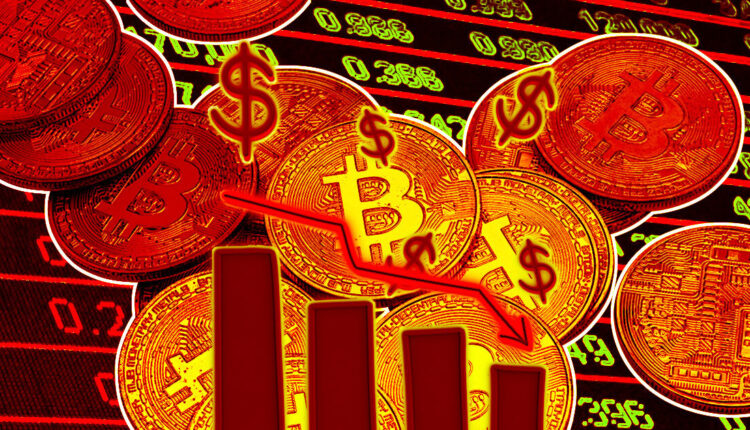 Continued global unrest may be crucial in a sell-off affecting both stocks and crypto. Several factors at play are causing uncertainty in the markets, which has been a driving factor in pullbacks since 2020. Investors historically move away from risk-on assets such as tech and crypto whenever the road forward is unclear.

Today, Bloomberg is reporting that the “cost of insuring Russia’s government debt now signals a record 99% chance of default within a year,” according to CDS data. The impact of one of the world’s most significant economic powers going into default seemingly has the world worried. In addition, Russia having to pay its dollar debt in Rubles signifies an apparent issue with its liquidity due to sanctions. Bloomberg states:

“Russia paid rubles for some of its dollar-debt obligations due this week after foreign banks declined to process payments of almost $650 million, raising speculation over a potential technical default.”

A further uncertainty comes as Mikhail Khodorkovsky, once the wealthiest person in Russia, stated that Putin already views Russia as being at war with the West. He claims that Putin “thinks NATO is weak and that they will not defend the Baltics.” Given the support that NATO states have given to Ukraine, this line of thinking seems highly plausible.

Following a White House statement yesterday that condemned China, India, and Brazil for not joining the sanctions against Russia, a worrying narrative is developing. The White House stated that “our expectation is not only that other countries will abide by, but that they will also be a constructive part of holding Russia accountable.”

The U.S. has told India that the consequences of a “more explicit strategic alignment” with Moscow would be “significant and long-term.”

Putin may believe that he is already at war with NATO, China, India, and Brazil are now being warned by the US that they should not show any “strategic alignment” with Russia. It seems that Russia is almost certainly going into default within the following year. The next move will be critical for the crypto market and macroeconomic stability globally. Bitcoin has shown the closest correlation to the stock market in its history this year as it recently hit a 17 month high.

On days like this, it isn’t easy to focus on technical analysis or crypto fundamentals. World events are always a factor in the price of Bitcoin, whether you believe it to be an inflation hedge or not. Today, markets seem concerned by their inability to predict what, politically, will transpire next. We will continue to report on events as they happen and how they affect the crypto landscape.