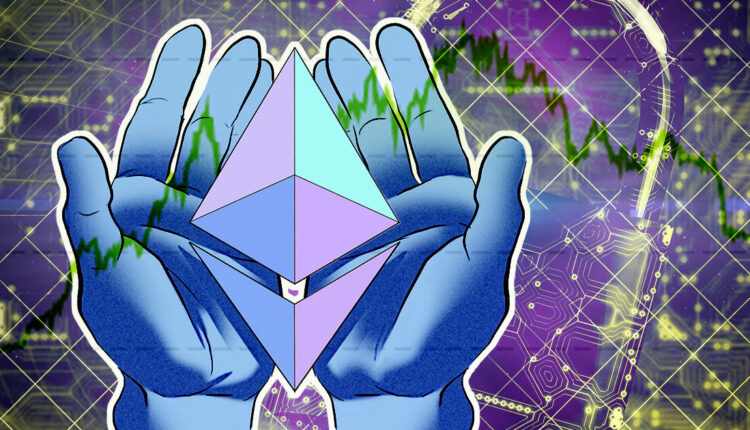 DeFi needs to be regulated ‘carefully and…

DeFi investors are hoping that Ethereum’s Merge will pull the crypto market out of its current bear market, according to a Bloomberg report.

Data from DeFiLlama shows the total value of assets locked in the space has touched new lows. According to the data, DeFi TVL is less than $110 billion, the lowest since October 2021.

The Bloomberg report tied this crash to the Terra ecosystem crash alongside the rising inflation, which has forced the US Federal Reserve to implement several monetary policies.

Why “The Merge” is important

Ethereum’s merge is undoubtedly one of the most anticipated developments in the crypto space as it will migrate the blockchain from a proof-of-work consensus mechanism to a proof-of-stake mechanism that will considerably cut into Ethereum’s energy use supply and transaction fees.

Vance Spencer, the co-founder of venture capital firm Framework Ventures, while speaking about the event, said

If you think about how crypto markets usually move, the biggest event is usually Bitcoin halving, cutting supply of Bitcoin in half. Here, we have the supply of Ethereum getting cut by 90% in one moment.

Ethereum’s co-founder Vitalik Buterin, alongside other top developers of the network, has hinted that the Merge is coming soon, and it could be as early as August. This is despite all of the delays it has experienced in the past.

How will “The Merge” save DeFi?

DeFi investors, according to the Bloomberg report, believe that Ethereum’s merge will help push the value of the coin higher.

Wes Cowan, a managing director at Valkyrie, disclosed that his firm has been purchasing more Ethereum in anticipation of the merge because it gives holders a new level of opportunity in the market.

Based on the scheduled upgrade, ETH holders would serve as validators that would help keep the blockchain secured.

And unlike miners who tend to sell their mined tokens to cover their operational costs, validators are more likely to hold on to their ETH because of their lesser operations cost.

Bloomberg also predicted that Ethereum could face lesser selling pressure when compared to Bitcoin, especially if the market was to witness another round of huge sell-offs.

Crypto markets rally as Bitcoin climbs back over $31k