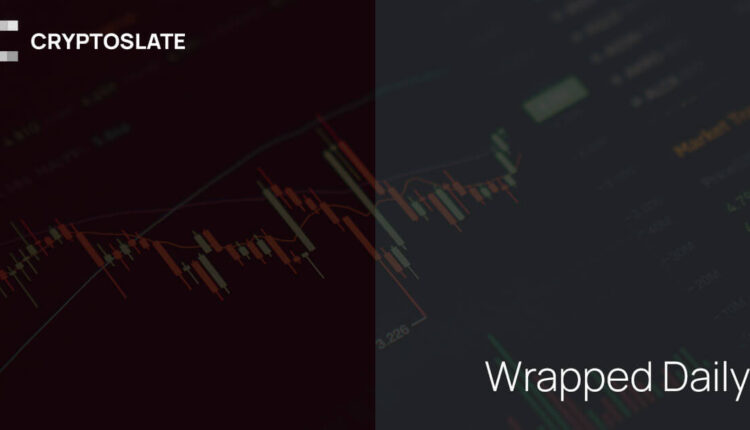 The biggest news in the cryptoverse for Jan. 13 saw Celsius’ former CEO face a NYAG lawsuit as the company announced plans to sell off its mining rigs. Meanwhile, Polygon proposed a hard fork, Crypto.com announced layoffs, and Congress member Tom Emmer criticized the U.S. Securities and Exchange Commission. Plus, various reports and research on Bitcoin, the crypto market, and stablecoins.

James said that Mashinsky violated the Martin Act and New York’s Executive and General Business Laws by allegedly defrauding investors into depositing billions of dollars into digital assets within the cryptocurrency lending company.

Celsius Mining entered into a Jan. 7 sales agreement to sell 2,687  Bitcoin mining rigs for $1.34 million to Touzi Capital , according to a Jan. 11 court filing.

The mining rigs are “MicroBT ASIC M30S” located in Houston, Texas, with a hashrate ranginf between 84TH/s to 92TH/s.

Celsius Mining said it held discussions with several brokers and market participants and determined that Touzi Capital’s offer was the best.

The mining firm said the proceeds from the rig’s sales would be used for general and corporate expenses.

Crypto.com to slash workforce by 20%

Crypto exchange platform Crypto.com has moved to lay off about 20% of its global workforce.

Crypto.com CEO Kris Marszalek said in a Jan. 13 post that the exchange made the difficult decision to slash its workforce to weather the challenges of the current bear market.

Crypto.com reportedly grew its workforce to roughly 4,000 in 2022. However, the effect of the recent FTX fallout and market contagions has forced the company to conduct its second round of layoffs.

Ethereum (ETH) Layer-2 network Polygon (MATIC) proposed a hard fork on Jan. 17 to reduce gas spikes and address chain reorganizations by changing the BaseFeeChangeDenominator, according to a Jan. 12 statement.

Although Polygon boasts better scalability and cheaper fees than Ethereum, it is not immune to gas spikes during network congestion.

The hard fork proposal is designed to reduce these gas spikes by changing the BaseFeeChangeDenominator to 16 from 8, dropping base gas fees to 6.25% from 12.5%.

US lawmaker Tom Emmer says SEC is ‘protecting’ no one

U.S. lawmaker Tom Emmer said SEC chairman Gary Gensler is “protecting” no one with his “regulation through enforcement” strategy.

Instead, Emmer believes that the policy hurts “everyday Americans.”

Emmer added: “When can we expect proactive guidance instead of leaving the industry to interpret the rules of the road through your after-the-fact enforcement actions?”

The lawmaker was reacting to SEC charges against crypto firms Genesis and Gemini over their Earn product. According to the regulator, the product was an unregistered offer and sale of securities.

Bitcoin (BTC) hashrate rose 20% to a new all-time high on Jan. 12 — the second time the hashrate increased to a new ATH in the last seven days.

Crypto investor Asher Hopp pointed out that Bitcoin’s hashrate rose to an all-time high despite bankrupt miner Core Scientific turning off 9,000 ASICs in December. According to Hopp, “hash is moving from weak hands to strong hands.”

BTC’s increased hashrate is expected to lead to a 9% rise in mining difficulty, according to bitrawr.

In conjunction with several tokens recording “monster gains” recently, some have taken this as an indication of the advent of a new bull run.

Nine weeks ago, the fallout from the FTX collapse spooked the market, leading to massive capital outflows. A bottom was reached when the total market cap found support at $783 billion on Nov. 21, 2022.

Gradually, alongside the cryptocurrency industry, stablecoins are growing in strength and popularity. Their growth results from the stability they offer against cryptocurrency volatility.

At the moment, USDT remains the largest stablecoin by market cap, as USDC, Binance USD, and DAI make up the top 4.

The entirety of the stablecoin sector has a market cap of $138 billion, according to CoinMarketCap. The big four stablecoins contribute more than $130 billion to the figure, dominating the stablecoin market.

Bitcoin (BTC) holders had it tough in 2022, but it was an even tougher year for BTC mining — mining stocks fell over 80%, and mining company bankruptcies solidified the bear market — but the worst of miner capitulation could be over, according to CryptoSlate analysis.

With BTC price down 75% from its all-time high (ATH), the hash rate too reached an all-time high as miners increased efforts to ensure profitability in the energy crisis.

The Hash Ribbon indicator chart above indicates that the worst of miner capitulation is over when the 30-day moving average (MA) crosses the 60-day MA — switching from light-red to dark-red areas.

Justin Sun says he may spend $1 billion on DCG assets