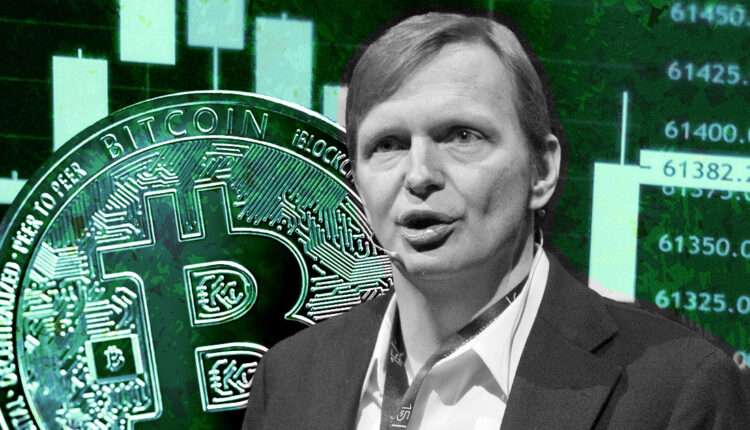 Former White House Deputy Chief of Staff and Messina Group CEO Jim Messina said he is ready to bet on his Porsche car as he expects Bitcoin to rally up to $60,000.

During an interview with Fox Business on Oct. 27, Messina remarked that crypto is one of the most exciting developments of this generation.

The Bitcoin Maximalist said he remains bullish and buying more Bitcoin, despite the leading cryptocurrency losing over 60% of its value year-to-date.

“I’m incredibly bullish on this. I’m buying #bitcoin right now. I’ll bet you my Porsche #bitcoin gets back to $60,000″

Messina noted that for Bitcoin to emerge as a crypto winner, many of the “BS projects” need to be gotten rid of.

Back in August, when Bitcoin was trading at $24,000, Kraken CEO Jesse Powell said that he expects to use 1 Bitcoin to buy a Buggati (which costs about $1.9 million) by the end of 2022.

Bloomberg Analyst Mike McGlone also expressed his bullish stance on Bitcoin, as he predicted it could hit $100,000 by 2025.

Galaxy Digital CEO Michael Novogratz, said that given the increasing rate of crypto adoption, Bitcoin may be priced at $500,000 by the end of 2027.

Bitcoin on the rise

Bitcoin’s recent positive action has led the flagship crypto to decouple from big tech stocks like Google and Meta which have declined by 6% and 20% respectively.