MetaMask IP collection backlash is blown out of proportion 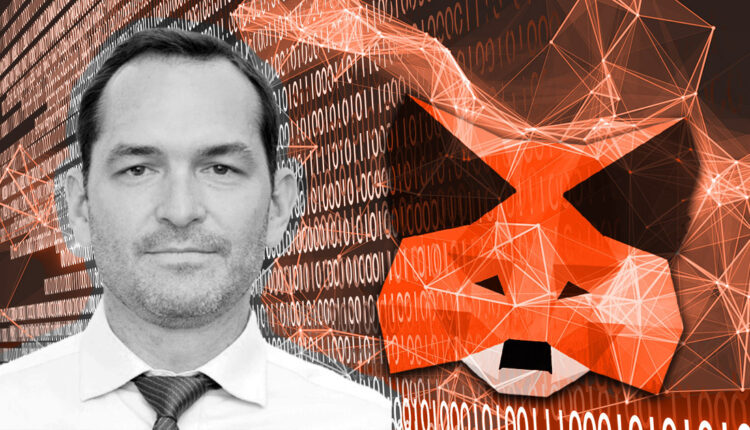 The co-founder of endpoint provider Infura, Michael Wuehler, said the fuss about MetaMask collecting IPs is “vastly blown out of proportion.”

Agree.. it’s also incredible for millions to install MM and instantly witness and participate in web3. Our knowledge of IP address data and somehow exploiting that is vastly blown out of proportion. Simple solution, run your own node.

On Nov. 24, MetaMask developers ConsenSys updated its privacy policy to notify users that it will track IP addresses upon sending transactions. This applies to users who leave the default Remote Procedure Call (RPC) setting as Infura.

RPC is a method for dApps, such as wallets, to communicate via a distributed system with the blockchain, enabling interaction with the network.

The notice mentioned that users could change the setting to another RPC provider. But they will still be subject to the data collection policies of the amended provider.

In response, crypto community members warned of the threat to personal privacy.

Author of Understanding the Crypto Economy, Panos Mekras, echoed Wuehler’s point on running an Ethereum node to protect IP addresses. He also recommended changing the RPC provider to 1RPC; other providers are available.

However, Mekras said he would soon be ditching MetaMask in favor of another wallet.

Quoting Ethereum co-founder Vitalik Buterin, @0xjones said users running their own node is a “weird mountain man fantasy” in that the technical aspect of doing so is “not part of Eth culture.”

And now Infura is collecting peoples IP and Eth Addresses with MetaMask. It is not part of Eth culture to actually own and run your own node but to have Infura own it for you. Even Vitalik says owning your own node is ‘weird mountain man fantasy’ https://t.co/yhxuFr6Nm6

Similarly, @bradmillscan pointed out that most Bitcoin users do not run a node, adding that he has doubts about MetaMask and Infura’s parent company ConsenSys, insofar as their scope to surveil the Web3 and DeFi spaces.

In response to the backlash, Wuehler expressed frustration that “Infura has been vilified for years,” adding that the hostility is unjustified due to being based on misunderstandings.

1/ Infura has been vilified for years, and it’s frustrating. We’ve never deserved it and all of the bad intentions placed on us are misguided..somehow the lesser alternatives who’ve sprung up over the years are immune? You love that Ethereum and other networks are used..

Although Wuehler suggested users run their own node, as he does, he admitted that this option is not feasible for everyone. Strangely, he also disclosed, “my own Metamask doesn’t use Infura.”

Nonetheless, “Infura isn’t the villain” here. Instead, the company’s goal is to make blockchain a success, said Wuehler.

The founder of Boxmining, Michael Gu, warned the situation might be worse than thought. Having read the Terms of Service, Gu said it is possible MetaMask logs IPs when opening the wallet, not just when sending a transaction.

According to the TOS, it’s possible that Infura (Metamask default) doxxes your IP upon login – rather than when sending a transaction. This means it might be almost impossible to avoid accidentally Doxxing yourself.