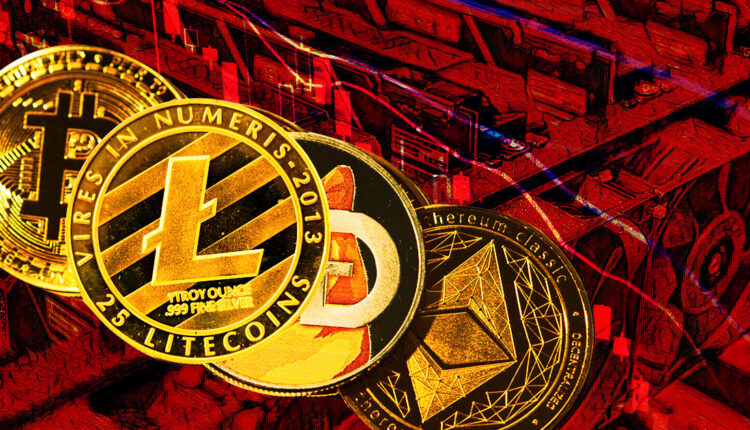 Crypto miners who initially flocked to GPU-compatible proof-of-work tokens after the Ethereum (ETH) Merge are fleeing those networks after the value of their tokens fell, according to available data.

According to 2miners data, ETC mining difficulty has fallen to 2.06P from over 2.5P post-merge.

ETC’s price rally also appears to be over as the asset has shed most of its gains over the previous weeks. Since Ethereum’s merge, ETC has shed 26% of its value.

The network’s mining difficulty has dropped to 208.47K from over 300K.

RVN’s price has mirrored the decline in its hashrate and mining difficulty. According to CryptoSlate data, the token has shed roughly 46% of its value since the merge.

Ergo (ERG) is the worst hit as its mining hashrate tanked roughly 91%. According to 2miners data, Ergo’s hashrate peaked at 303.41TH/s on Sept. 15. However, that figure has steadily declined to 27.90 TH/s as of press time.

Ethereum proof-of-work token has also seen its mining hashrate drop after the merge. According to 2miners data, ETHPOW hashrate is currently at 47.16TH/s. The network’s hashrate peaked at 79.42TH/s on Sept. 15.

Meanwhile, it should be noted that ETHPOW’s hashrate is steadily gaining ground as the network sees more uses. According to OKLink data, the network blockchain has processed 1.7 billion transactions since its launch.

However, ETHPOW’s value has been downward since Sept. 15, when it traded for $51.5. The token has sold for as low as $5.31 before slightly recovering to $9.51, according to Coingecko data.

Reports have revealed that the value of GPU machines has dropped by as much as 40% in China since the Ethereum merge.

According to the report, when Ethereum was still a proof-of-work token, the demand for high-end graphic cards such as the Nvidia GeForce RTX 3080 and 3090 was high, which pushed the retail value of these GPUs up.

However, since the merge, demand for these machines has considerably dried up, especially as the value of other tokens the GPU machines could mine was significantly lower. Meanwhile, gamers have seen this drop as a gain as they can get these GPUs at more affordable rates.

LUNA’s Do Kwon says he is not in hiding after Interpol issues red warrant; Miners abandoning POW tokens