Musk ‘had no idea on what he was doing’ with Twitter 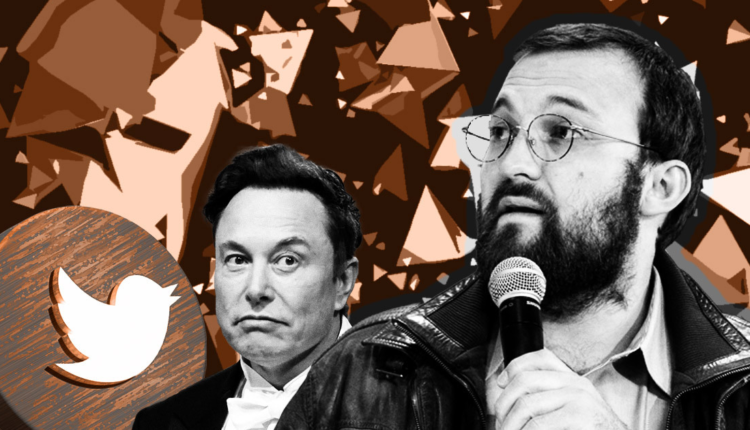 Sharing his view on Elon Musk quitting as Twitter CEO during a recent AMA, Cardano founder Charles Hoskinson likened the situation to the regret of a one-night stand.

Having stated, “I will abide by the results of this poll,” he has yet to confirm resigning from his position. Speculation is running rampant on whether he was trolling the Twitter community by posting the poll.

In any case, Hoskinson is of the view that “rookie mistakes” and conflicting pressures have compounded his regrets about buying the social media platform.

Hoskinson tried to reach out

Since taking over Twitter, Musk has made several sweeping changes that have polarized opinions at every turn.

He has not publicly stated his reasons for thinking about quitting his CEO position. However, Hoskinson said it likely boils down to pressure from Tesla shareholders demanding he spends less time on Twitter, and more working on EVs.

“We made you the world’s richest man, maybe, just maybe, you should be the CEO of our company instead of spending your entire day at Twitter.”

Following the completion of the Twitter buyout on Oct. 28, Input Output (IO) and Hoskinson made determined efforts to contact Musk for collaboration, including help with tackling bots and impersonation accounts.

Last month, it emerged that mods on a Dogecoin subReddit removed a post on the matter. The IO CEO commented that he remains optimistic about opening dialogue and will continue to reach out.

During the recent AMA, Hoskinson updated to say “we and others tried ridiculously hard to reach out to Elon,” but was met with silence.

“We sent him videos, public, private, every channel possible to say, hey, we’ve been thinking about social networks now for about ten years and we have a lot of stuff here…”

Given the purported pressure from Tesla shareholders, Hoskinson said “now he’s trying to get out of it.”

Drawing on his experience of starting companies and researching social media platforms, Hoskinson said Musk slipped up by moving too quickly.

Instead, the Cardano founder suggested that he should have started a “next-gen social media company,” focused on identity, information curation and incentives for positive behavior, and a range of advertising models.

Once this company is up and running, then buyout Twitter with the intention of slowly merging the two companies. This strategy has the effect of “not rocking the boat too much.”

“… gradually prepare Twitter to be absorbed into this other company from the perspective of moving the users over, and abandoning that infrastructure.”

However, Hoskinson pointed out that Musk did not seek “anyone’s advice” and “had no idea what he was doing.”

FTX seeks to recoup SBF’s donations to US politicians