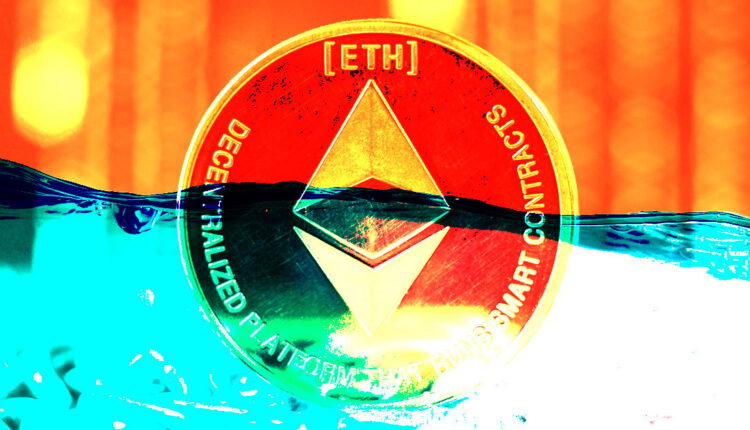 The source of the current market volatility and liquidity issues with companies such as Celsius and Three Arrows Capital could be directly linked to staked Ethereum (ETH) on Lido, according to a June 29 report by analysis firm Nansen on the impact of the stETH/ETH depeg on the crypto industry.

When Ethereum is staked into ETH 2.0 via Lido investors, receive an ERC-20 token named stETH. This token is tradeable, and one stETH is redeemable for 1 ETH after Ethereum moves to proof of stake and is merged with the beacon chain.

However, investors can also post stETH as collateral on sites such as Aave to borrow ETH. This borrowed ETH can also be staked on Lido to receive more stETH. This yield loop multiplies the ETH staking rewards but puts the investor at risk should 1 stETH not equal 1 ETH. Lido promoted this strategy via a Twitter post in March.

stETH on Aave allows you to leverage your ETH staking to maximise staking returns.

1. Supply your stETH as collateral.
2. Borrow ETH against the stETH.
3. Restake borrowed ETH for more stETH.

Repeat this process as much as your risk profile allows.

How Ethereum brought down Celsius and 3AC

Nansen highlighted that during the UST depeg crisis, bETH depositors (a wrapped bridged version of stETH on Terra) moved their tokens back to the Ethereum mainnet amid fears of the network’s stability. The report stated that 615,980 bETH was bridged back to Ethereum during this time and was unwrapped back to stETH.

It is this stETH that Nansen claimed was then sold back to Ethereum that started the selling pressure on the stETH/ETh peg, according to data available on its platform. An increase of 567k stETH was added to the stETH/ETH pool of Curve, creating an imbalance and forcing Lido to take measures to attempt to restore the peg.

A large net outflow ensued as investors became worried by the situation and Nansen said that Three Arrows Capital was one of the largest recipients of stETH from Curve. The Three Arrows outflow reportedly totaled 9724 stETH and 486 WETH.

As the price of Ethereum and the broader crypto market, in general, began to fall, Nansen stated

“addresses we flagged as Celsius and Three Arrows Capital were the biggest withdrawers, removing almost $800m worth of liquidity combined (236k stETH and 145k ETH, respectively) on 12 May.”

It continued to comment that “these transactions were most impactful to the initial deviation from the ETH price.” The below transactions are the top wallets that transfer stETH between June 1 and 12.

From the above wallets, Nansen analyzed the individual transactions to reveal that Amber Group, Celsius, Three Arrows Capital, and several whale wallets all moved serious amounts of stETH during this time. Amber Group and Celsius moved stETH to FTX in a possible OTC trade as stETH liquidity on FTX were too shallow to sell the tokens without incurring colossal slippage. Nansen also revealed that Celsius took out large stablecoin loans from Compound to “possibly meet redemptions.”

After Celsius paused withdrawals, 108.9 ETH and 9,000 WBTC were sent to FTX, originating from one of its leading wallets. This wallet is “still the top 1 lender/borrower for ETH (incl. WETH and stETH) and WBTC collateral across both Aave and Compound with a combined collateral value of almost $1 billion,” according to Nansen.

Three Arrows Capital “withdrew a sizable amount of 29,054 stETH from BlockFi” on June 7 and deposited it between Lido and Aave. Another 3AC wallet borrowed 7,000 ETH from Aave using part of the funds removed from BlockFi as collateral and sent to FTX. Over the following week, several more transactions were made by 3AC with funds deposited between FTX and Deribit. Deribit is one of the largest options and derivatives trading platforms in crypto; depositing funds to this exchange is likely to either pay down margin or open up new derivative contracts.

Nansen revealed that on June 13, 3AC began to sell off its assets by “unwrapping its wstETH for stETH and sold it for wETH via Cow Swap” for a total of 49,021 stETH. 3AC sold tens of thousands of stETH for ETH and stablecoins over the following days, thus, exiting its stETH positions.

The report concluded that Celsius had a liquidity issue, and its need to sell and transfer stETH led to a domino effect. 3AC was a “victim of the contagion” and not the initial cause of the stETH/ETH depeg. Nansen stated that 3AC is “most likely reducing its risks and accepting its losses.” In contrast, Celsius reduced its risk, and “their health ratio is still decent in the context of things, as long as there isn’t a sudden downward swing of >30% in prices of their collateral.”

This is why WingRiders is now the leading Cardano DeFi protocol