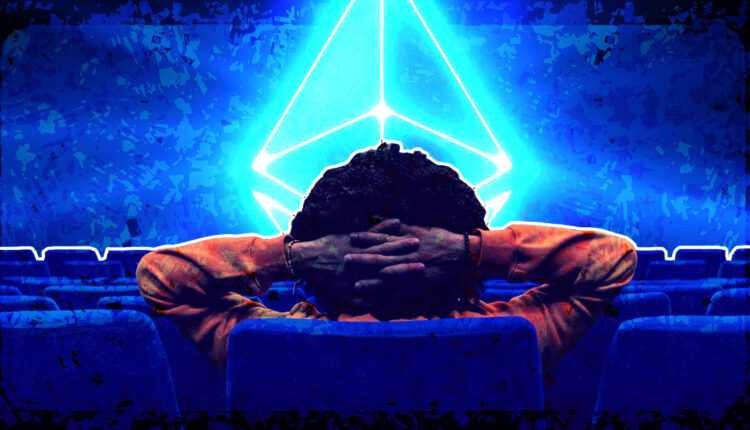 British-American TV and film production company Scott Free Productions is working on a feature-length movie inspired by Camila Russo’s The Infinite Machine: How an Army of Crypto Hackers is Building the Next Internet with Ethereum, a bestselling book about Ethereum. This was announced yesterday by Russo’s-founded crypto media company The Defiant.

According to the announcement, Scott Free’s Ridley Scott, Tom Moran, and Vera Meyer will be involved in the movie’s production. They will work alongside Versus Entertainment’s Alejandro Miranda.

Shyam Madiraju will write the film’s script and direct it, while Francisco Gordillo, the co-founder of crypto hedge fund Avenue Investment, and Russo will serve as the movie’s executive producers.

Over the moon about this development, Russo said it is incredibly exciting to have Scott and his crew on board for the production of The Infinite Machine movie.

“I can’t imagine a better team to turn the riveting story about the people behind the most revolutionary technology since the internet, into a feature film that will capture the hearts of our generation.”

The Infinite Machine movie is set to be a hit

HarperCollins published The Infinite Machine: How an Army of Crypto Hackers is Building the Next Internet with Ethereum in 2020. The book describes how Vitalik Buterin convinced a group of developers and investors to come together to create a global computer and the challenges they faced along the way.

The book has received noteworthy praises from leading media firms. Bloomberg Businessweek lauded it as one of the 49 most fascinating titles of 2021. The Wall Street Journal said the book is the best introduction to the world of Ethereum.

By drawing content from such a sensational read, The Infinite Machine movie is set to be an instant hit, especially within the crypto community. Scott Free’s involvement in the film’s production is expected to play a significant role in making it successful.

The company is behind some of the most successful films, including Top Gun, Gladiator, Blade Runner, and Alien, among others. Scott Free films have received more than 80 Academy Award nominations.

This news comes as web3 projects continue getting featured in the film industry. Earlier this month, leading crypto exchange Coinbase announced that it would produce The Degen Trilogy, an animated film to honor the Bored Ape Yacht Club non-fungible token (NFT) collection.