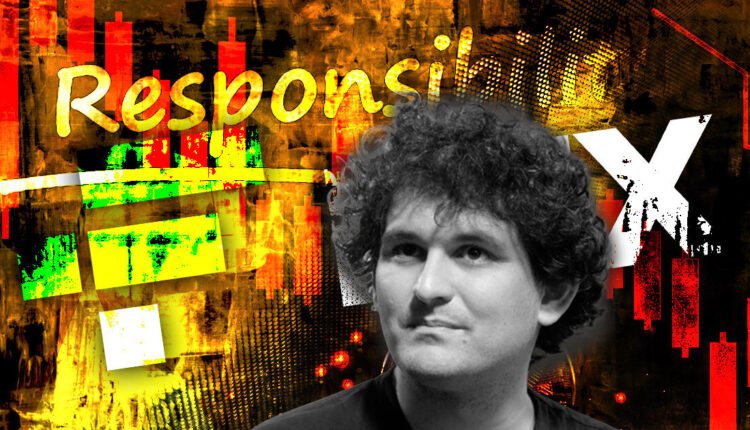 FTX co-founder Sam-Bankman Fried gave ambiguous answers to questions about the mixing of user funds, investing in The Block, and more during a recent Twitter space hosted by Autism Capital.

In response to a question regarding the mismanagement of user funds, Sam replied that from Nov 6th to Nov 10th, he looked into everything that was happening; however, his data access was cut off after he filed for bankruptcy.

“So I can’t go back and do accounting now. I had not done a formal accounting until after the 6th,” Bankman said.

Despite his uncertainty about the numbers, he says he is responsible for the FTX failure.

“I did have ultimate responsibility in the sense that I was ultimately responsible.”

“I didn’t want to waste the time of 50 representatives”

Coindesk Deputy editor @0x_tracy asked why he didn’t want to speak to congress when he has been on many media interviews lately. On that, the FTX co-founder said:

@0x_tracy, however, wasn’t satisfied with the answers, as she later said:

“He basically said that he was OK with wasting the public’s time but didn’t want to waste the time of like 50 representatives.”

Bankman-Fried added that the paparazzi effect makes it difficult for him to travel right now, and he’s not planning to speak at the upcoming Senate hearing.  However, he confirms that he is open to having a discussion if the authorities feel it’s important.

Earlier, the US Senate Banking Committee ordered Sam Bankman-Fried to appear before it on Dec. 14 for an investigation into the failure of his crypto firms, failing which he would be subpoenaed.

When asked whether Tether ever lent money to Alameda, Sam said they had a normal working relationship, and he was unaware that they ever did.

In addition, he admitted that he doesn’t know much about Moonstone and Silvergate since he isn’t the person who can provide “most details on FTX issuing tokenized shares.”

Although Sam does not confirm whether Bahamian regulators forced FTX to open withdrawals.

In regards to whether users’ funds were properly allocated to the right accounts, he confirmed that it wasn’t.

The host asks Sam “Were users funds properly allocated to the right accounts?”

Sam: “I believe that could be so.”

Nevertheless, Bankman-Fried didn’t answer the last question about why he funded The Block media house.

As a result of his last-minute dilemma, the FTX co-founder received criticism from Twitter users:

Folks I’ve been listening to this clown a lot over the last month and this question about @TheBlock__ pissed him off more than anything I’ve heard. DIG HERE! Where there’s smoke there’s fire. What other news outlets were getting money????? pic.twitter.com/daYkKKMNRA

Worthy noting that on Dec. 13, the US House Committee on Financial Services will hold a hearing on SBF, where the ex-FTX CEO will be virtually present.