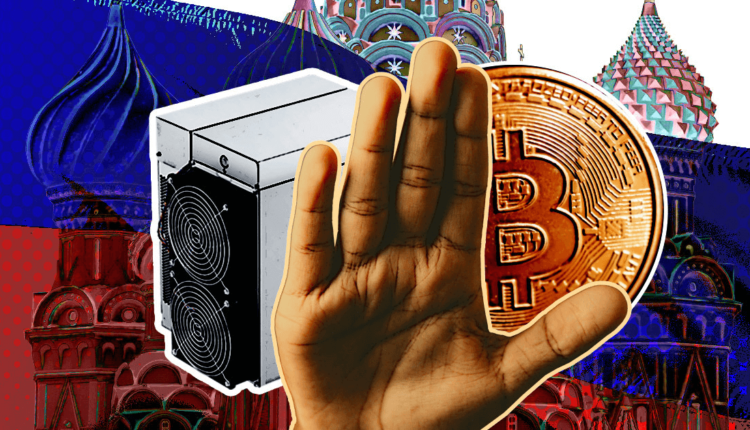 The U.S. has announced new sanctions against entities connected to Russia, and this time around, one of them is a crypto mining company, according to a Reuters report.

The list focuses on entities and individuals suspected of helping Russia evade the economic sanctions imposed against it for invading Ukraine. It also included entities led by Russian oligarch Konstantin Malofeyev.

Treasury can and will target those who evade, attempt to evade, or aid the evasion of US sanctions against Russia, as they are helping support Putin’s brutal war of choice.

These new sanctions further pile on the existing sanctions that western powers have imposed on Russia, some of which target significant banks in the country and Vladimir Putin himself.

With Russia having the third biggest crypto mining industry globally, these new sanctions aim to ensure that the country does not use crypto to evade sanctions.

Apart from BitRiver, the sanctions also affected Russian commercial bank, Transkapitalbank, and its subsidiary Investtradebank. The bank serves several countries and has previously suggested ways to evade the sanctions.

In relation to Transkapitalbank, the government issued two licenses that authorized winding down any dealings with the bank until May 20 and will allow some transactions originating from or heading to Afghanistan until October 20.

Additional sanctions have been imposed on Malofeyev, who was first sanctioned during the 2014 annexation of Crimea.

At the time, U.S. authorities accused him of financing separatists in Crimea, and the U.S. Department of Justice recently charged him for violating sanctions.

As for BitRiver, the department claimed it was necessary to sanction it. The statement reads:

BitRiver, which operates a data center in Siberia, may have trouble growing its operations further as it will no longer be able to get the tools and technology needed for mining due to the sanctions.

State authorities will freeze the sanctioned entities’ assets in the U.S., and American citizens can no longer deal with them.

The Treasury Department didn’t publish any wallet addresses associated with the sanctioned companies.