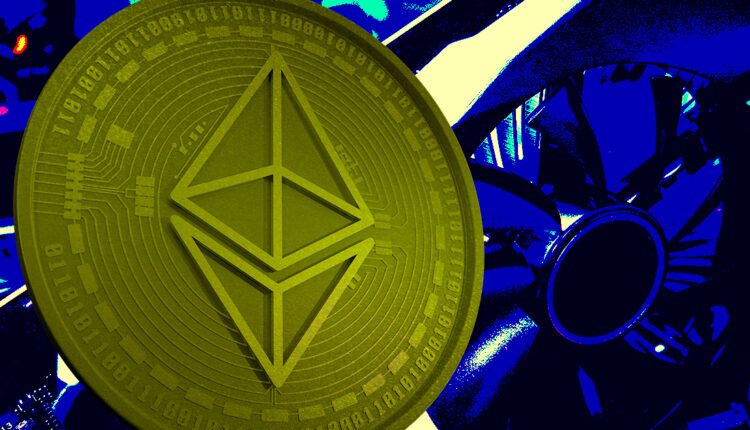 With macroeconomic conditions dictating the overall market sentiment and price-action, it can feel like little has changed since Ethereum’s merge to a Proof-of-Stake (PoS) consensus mechanism. The price of ETH has dropped 14.4% since the merge while the strength of the U.S. dollar has surged.

However, in the background, the merge has caused substantial changes to the tokenomics of ETH. As many readers might already know, the change from Proof-of-Work (PoW) to PoS means that the miners who had been previously incentivized to build and validate the blocks for the Ethereum mainnet are no longer needed.

This is because validators that have staked ETH to help secure the network have taken their place in validating blocks on the chain. In short, this change has resulted in a nearly 95% reduction in ETH emissions per block. Live updates of this can be found on the ultrasound money web page that tracks all statistics on ETH’s current emissions compared to a PoW Ethereum.

This graphic indicates that there has been a significant decrease in ETH inflation, which means less ETH to go around. This supply shock will mean that future increased demand could provoke substantial price movements. Additionally, with a portion of all ETH used for gas being burned with each transaction at a gas rate of 16 gwei, the ETH supply would become deflationary.

Staking ETH is the New Norm

Earlier this year, there was a growing conversation about the risks of staking ETH and what the value of liquid staked ETH, such as stETH, should be. Since the merge was successful, it appears that many of these concerns have dissipated. This is indicated by the recent converging of prices between ETH and stETH as seen below, suggesting that both should have equal economic value.

The new norm appears to see ETH as interchangeable to liquid-staked ETH tokens. stETH from Lido is already well known, and other alternatives, such as Rocketpool’s rETH, have been gaining traction as ways to receive the rewards of staking while still being able to use the asset elsewhere (such as DeFi). As seen in the chart below, the appetite for staking ETH has been continuously trending upwards and accelerated further following the merge.

Alongside the increased quantity of ETH, the number of addresses staking ETH has started rising sharply after the merge. This is important since the increase in staked ETH could be just due to the effects of compounding, but new addresses indicate that new depositors are partaking in securing the chain and receiving rewards for doing so.

As mentioned above, without miner rewards, the emissions have dropped substantially. However, rewards are still being distributed in a smaller amount to ETH stakers. Validator nodes that propose and validate new blocks receive rewards for each block they successfully add to the chain. These rewards are then distributed among the individual ETH stakers that delegate their ETH to the validator.

While these rewards are less (currently 4.6% APY) than what was emitted to keep miners validating, the cost to access these rewards is trivial compared to the cost of building a mining operation.

This makes it easier for retail and institutional alike to participate in the process and receive rewards. The current alpha to getting the best staking rewards is to find validators that are boosting their rewards through maximal extracted value (MEV) methods. This is done through programs like Flashbots MEV-Boost product or through private MEV methods.

Validators using MEV have yields currently outperforming the vanilla 4.6% APY provided by staking. Lido, for example, used MEV to boost their APYs to ~5.5%. The graph below highlights how Lido stakers have greatly benefited from the transition to a PoS consensus chain.

Lido is not the only group benefiting from boosted staking rewards. A recent summary analyzing block rewards over the last week created by Elias Simos shows that validators using one of several MEV methods to boost rewards receive, on average, two times the rewards than validators proposing blocks without it.

These differences in block rewards and yields for stakers will likely diminish over time as more and more validators adopt MEV-boosted blocks to receive higher rewards. While rewards will most likely go down, stakers should still see benefits to their APY if they stake with validators using MEV.

Though the near term looks like it will be considerably volatile for all risk-on assets due to the global economy and geopolitical outlooks, it is an exciting time if you are a fan of Ethereum. The merge was an incredible feat and demonstrates the exceptional skills of the devs contributing to Ethereum’s code and vision.

Additionally, ETH stakers are seeing higher APYs as validators incorporate other revenue streams into the rewards they payout to stakers. Finally, we haven’t yet seen the full potential of what the ETH supply reduction will really imply. When activity starts to pick up again on mainnet and gas prices start to climb, we could see ETH become deflationary. These scarcity shocks will bring new dynamics to the market that could see ETH’s price rapidly move to the upside.

Is ETH inflationary or deflationary after the Merge?

How low can Bitcoin price go?