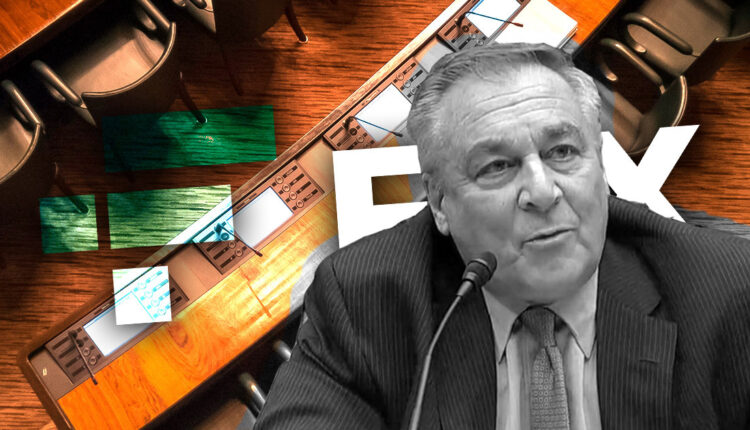 On Dec. 13 at 10 am ET, John J. Ray III, CEO of the FTX Group, sat as a witness on a hearing entitled “Investigating the collapse of FTX, Part I.”

Addressing the committee, Ray described the FTX situation as the result of the following:

“A small group of grossly inexperienced and unsophisticated individuals who failed to implement virtually any of the systems or controls that are necessary for a company entrusted with other peoples money or assets.”

Ray said that it “immediately became clear” to him that he needed to file for Chapter 11, and he has since taken “meaningful steps” to regain “command and control” of the situation.

Ray’s testimony was revealed before the hearing, which was covered by CryptoSlate earlier in the day.

Questions from the House highlights

Mrs. Wagnar questioned Ray on his past comments describing the FTX debacle as “worse than Enron.”

Ray responded by saying that “literally there’s no recordkeeping whatsoever. It’s the absence of recordkeeping.”

Ray detailed that the recordkeeping was managed using  Slack for invoicing/expenses and via Quickbooks.

“Nothing against Quickbooks, very nice tool, just not for a multi-billion dollar company. There’s no independent board. We had one person really controlling this.”

Wagner questioned Ray on whether SBF could have transferred customer funds to Alameda as a “mistake.” Ray responded, stating that he did not find “any such statements credible.”

Bankruptcy attorney and chair of the subcommittee on consumer, protection, and financial institutions, Mr. Perlmutter, highlighted a concern that Ray’s job is to:

“Gather as many assets as you can and that could be from some very innocent people who got paid money to then spread it out equally among who you think the real creditors are.”

In response to the concern, Ray detailed the complexity of determining the “ins and out” situation due to the “comingling of assets.

“That makes it a bit more complicated than simply how much is my coin worth?”

Ray then highlighted the concern currently being investigated: “whether or not there is comingling between the .com silo and the U.S. silo exchanges.”

Huizenga turned then towards family involvement in the case, enquiring whether SBF’s father, Mr. Bankman received payment from FTX. Ray confirmed that “the family did receive payments.”

Huizenga met with SBF on Dec. 8, 2021, accompanied by his father, Mr. Bankman. Noting that SBF was 15 minutes late to that meeting, Huizenga said:

“I asked and focused on what types of regulation he was under his engagemnet with regulators and how that affected FTX but it seems that there’s a lot more to uncover here.”

“We know that Chair Gensler had more meetings with FTX than anyone else in the crypto industry.”

Emmer said that what was being negotiated was a “framework for digital asset exchange registration and token registration with the SEC that would benefit both parties.

Emmer detailed that this framework would “expand the SEC’s jurisdiction in exchange for the SEC’s preferential treatment of FTX over other industry participants.”

Explaining that Chair Gensler has refused to answer committee questions or testify before the committee, Emmer questioned Ray whether he would share “any internal documents” regarding communication between FTX and Mr. Gensler or others of the SEC.

“We can certainly work with your staff to get you what you need.”

Ray then confirmed to Mr. Steil that assets were moved out after the bankruptcy. Ray continued to reveal that funds were transferred after the petition date and were done both as a part of a hack and by the Bahamian authorities with the help of SBF.

“It is our view that it violated the automated stay of bankruptcy.”

Under questioning whether SBF was working to undermine the bankruptcy proceedings, Ray responded by saying, “it appears so.”

“We have opened up to share everything we have with the Bahamian authorities.”

Ray also stated that he had not seen a similar level of transparency from the Bahamas.

While some new information was disclosed during the hearing, several House Committee members used their time to attack crypto, calling it “a garden of snakes” and “like counting chewing gum.”

Much of the hearing ignored the relevance of FTX.US, the only entity regulated in the United States, with most customers being U.S. citizens. Instead, the conversation focused on FTX.com and Alameda Research, along with the potential 2% of FTX.com users who reside in the U.S.

Members of the Committee showed a lack of understanding of blockchain as they failed to comprehend basic terminology such as “token minting,” with Mr. Vargas even declaring, “I don’t get the point of cryptocurrency, to begin with…other than if you’re a terrorist or someone that wants to hide money.” Mr. Cleaver even suggested that the industry should rebrand to “CreepyDoCurrency” instead of ‘cryptocurrency.’

Ray, however, chose not the throw the crypto industry under the bus by dodging questions about whether crypto should be regulated by the SEC or CFTC.

The current CEO often stated that he was unable to comment on specific matters related to totals of losses or the timeframe for customers to be able to make withdrawals. He also said that he was unsure whether FTX.US customers would receive 100% of the funds they deposited onto the U.S.-regulated exchange.

Worryingly, Ray also revealed that he had not yet been able to find all the private keys for all the FTX wallets that have been identified but that his team is discovering new funds every day.

Complete coverage of the hearing was live-streamed on CryptoSlate’s YouTube channel.

15% of US citizens made crypto transactions as of mid-2022